Hello, my name is Qianheng Zhang and my preferred name is Joshua. I am currently a junior at the University of Washington and majoring in Geography: Data Science. I have taken programming and data analysis courses to learn how to tell stories with data. And I am also passionate about how to use websites and programs to make this step easier.
View my resume in MARKDOWN format 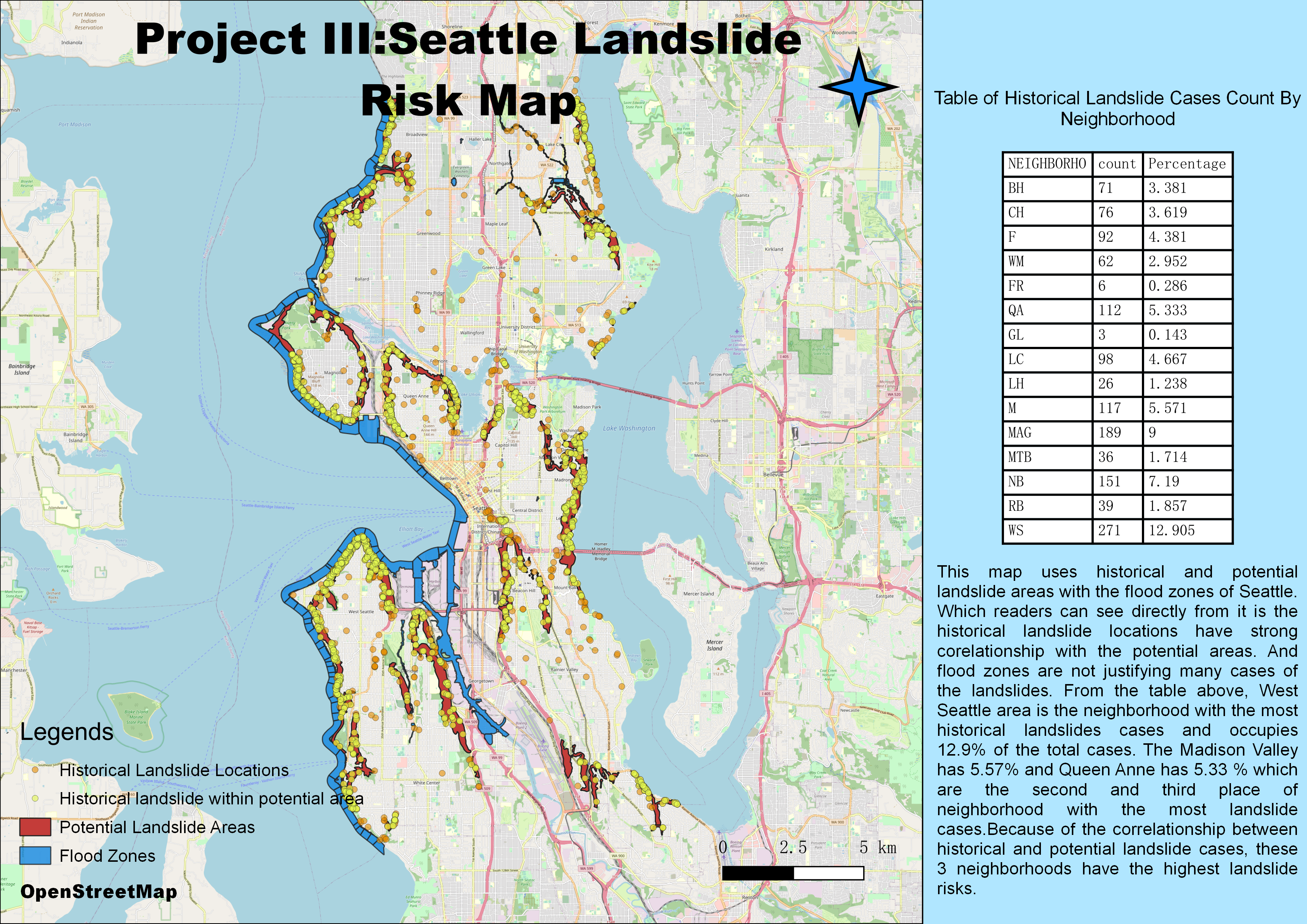 We made this map with an intention to directly show readers the evidence and factors directly related to the risk of landslides in the neighborhoods of Seattle. The dataset of historical landslides was represented in the form of a point map which records each case separately and we group them by which neighborhoods they happened. That is why we included a data table to show the percentage of landslide cases in different neighborhoods. We used raster maps for potential areas of landslide and flood zones because these dataset are working as well as shapefiles instead of including information such as the risk level and when the next landslide possibly be. However, the spatial locations are good information telling the stories. Using the two datasets of landslide together, we selected all historical cases that happened within potential area to see the percentage of cases potential area covers which is about 80.38%. At the same time, 10 huge potential landslide areas are crossing the flood zones. This map is suggesting the correlations of the three datasets and users can not only understand which neighborhood has the highest landslide risk but also tell the exact locations in that neighborhood to avoid potential property loss.